In the August 2017 issue of Wood News Online, Steven Johnson talked about needing his dehumidifier most of the summer thanks to heavy Wisconsin rainfall. In previous years, his average summer humidity was 38%; this summer he’s had 56% on average, with a high of 70%.

It’s not just Wisconsin. The Sun Herald, our regional newspaper, published a story in early July saying the first six months of 2017 have been the second-hottest and the second-wettest on record.

Steve, we feel your pain.

Except that my shop rarely drops to 50% humidity, even in the winter. It hovers around 85% most of the year and can reach 90% during a winter rain.

Not long after we built our home, 22 years ago, I had a little rust problem on an old Craftsman contractor saw, so I decided to invest in a Kenmore dehumidifier. 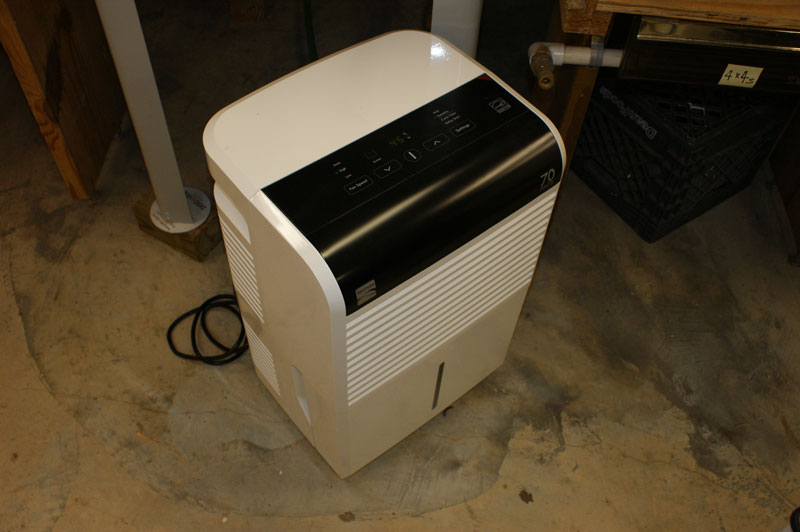 This 70-quart unit is the great-great-great grandchild of the first dehumidifier we bought 20+ years ago.

My wife, Brenda, was along for that shopping trip, and, when the salesperson offered a service contract, my knee-jerk reaction was, “No.” Brenda asked me to consider the harsh conditions the unit would be operating under, and the included annual cleaning that would remove what would surely be mountains of aspirated sawdust. Her argument convinced me to go from “No” to “Yes, give me the 5-year contract.”

What a money-saver that investment has been!

I have scheduled annual maintenance every August, because that tends to be our driest summer month. I would have sent it in winter, but Sears repair has no means to simulate hot, wet conditions in their Nashville, TN, facility, so the performance evaluation would have been worthless. Instead, almost every year, I got a call, saying, “Hi, this is Sears, we evaluated your dehumidifier, found it beyond repair, and need you to come to the store to pick up a replacement at no charge.”

I haven’t kept track of how many “free” dehumidifiers I’ve gotten, but it’s a lot.

Like Steve, I started out emptying the built-in bucket, but three emptyings every 24 hours times 22 years … that’s a lot. To say nothing of the fact that I’m lucky to get part of one day a week in the shop.

My solution was to utilize the built-in drain connection on the dehumidifier.

When our house was new, and we were trying to get grass and ground cover to grow (now we’re trying to get it to stop!), I purchased ten cheap, half-inch garden hoses and covered the entire yard with sprinklers. Once the yard was established, I stored the hoses under the house. Protected from ultraviolet light, they have aged well.

I placed the dehumidifier as close to the center of the shop as I could, while also compromising on a position that’s out of the workflow and reasonably near the cast iron tools that need the most protection.

The nearest floor drain is 30 feet away, so I elected to go through the wall. I know, drilling a hole through one’s home isn’t ideal, but I couldn’t come up with a better solution. (A replacement model I received one year had a built-in pump that utilized a little 1/4″ hose, but that feature wasn’t offered on future models.) Step One was to drill the hole, high enough to miss the wall’s floor plate, but low enough for gravity to do its part, with a little bit of an angle, too. 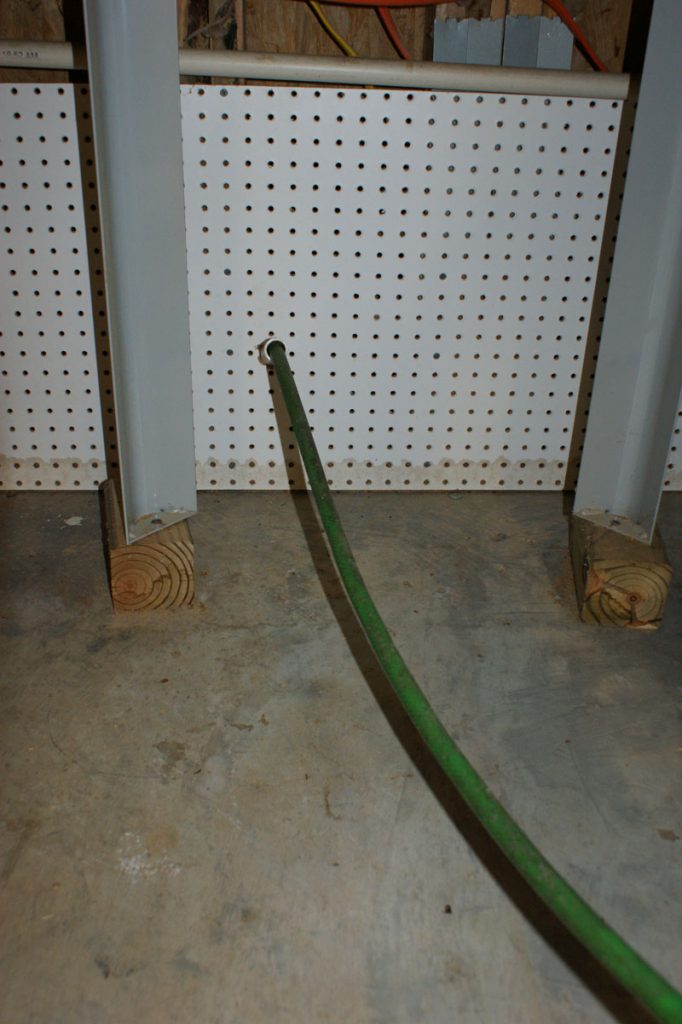 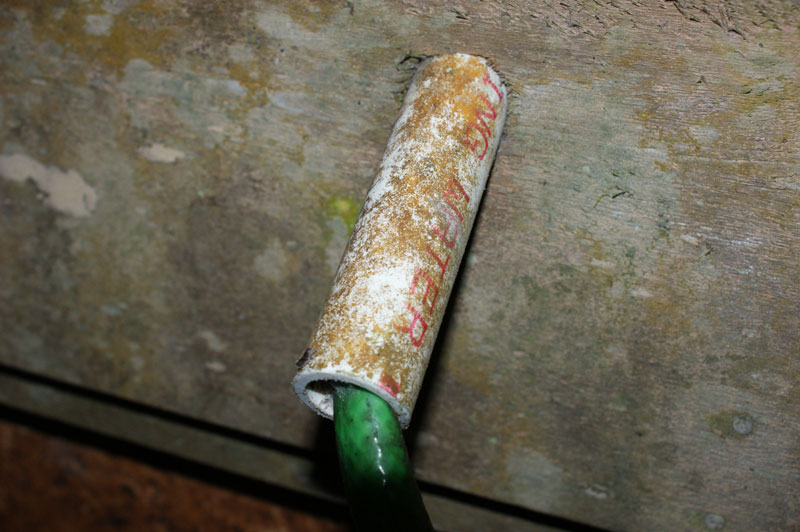 … and outside, to go under the house.

That went well, and the back half of our house is on pilings, so it was easy to direct the hose under the house to drain into the wetlands. 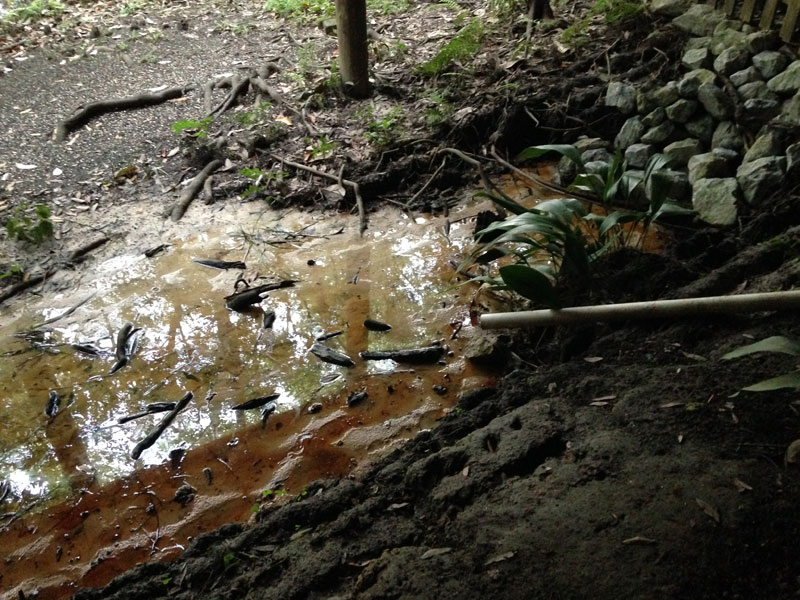 Because all of this area is adjacent to wetlands, the environment doesn’t even notice the added water from the dehumidifier.

Granted, I had to buy the first dehumidifier, and I’ve had to renew the maintenance contract every five years, but Sears has provided all of the subsequent units. That’s an expense even a cheapskate can love!